The chakra chart below shows you the exact location of each of the 7 chakras in the body.

It is said by those who can actually see this energy that the energy actually spins, so you will often hear these points referred to as energy wheels.

There are actually more than seven chakras, but the seven we are talking about here are considered the main energy centers of the body, often called the major chakras.

These seven chakras form a line along our spinal column with certain spots being the focal point of energy movement for a particular chakra.

That point is where energy is absorbed and released.

Each chakra affects the parts of the body near where it is located, so it is important to understand the location of the major chakras and what areas of the physical and emotional body they govern.

Referring to the chakra chart above you can see the general location of each of the 7 chakras. More specific information is given below and in each description there is a link to a page with a lot more information about that particular chakra energy center.

1. The first chakra is referred to as the Root Chakra because it is located in the root area of our body trunk. The exact location of this base chakra is at the very bottom of our spine. It is in the groin area, between our sex organs and perineum (near the anus).

On a physical level, the root chakra governs the health of the groin area and lower limbs, plus the lower digestive system and excretory functions.

On an emotional level this chakra governs our primal instincts of survival, our fight or flight mentality.

2. The second chakra is the Sacral Chakra, sometimes also know as the Spleen Chakra (it is referred to as the "Splenic Chakra" in this chakra chart).

The sacral chakra is located in the sacrum area of our body, about two inches below the navel, between the waist and the pubic bone. The second chakra corresponds to the genitourinary system (genitals and urinary tract), the reproductive system and the adrenal glands.

Emotionally, the second chakra governs our relationships and basic emotional needs including pleasure and enthusiasm.

3. The third chakra is commonly known as the Solar Plexus Chakra because it is located in the solar plexus area of the body.

Although people often also refer to this chakra as the navel chakra, its exact location is just above the navel and below the bottom of the rib cage (diaphragm) in the area of the lumbar vertebrae of the spine.

Emotionally, this is the center of self will and mental acuity. Our sense of belonging comes from a balanced solar plexus chakra.

4. The 4th chakra is known as the Heart Chakra. It is located along the spinal column in the center front of our chest, near the heart (see the chakra chart above).

It makes sense then that the chakra heart would govern the heart on both a physical and emotional level and it does. The heart chakra is connected with the heart and rib cage, thymus gland, breasts, shoulders, blood and circulatory system.

Emotionally this energy center is the center of compassion, love, healing and hope.

5. The fifth chakra or Throat Chakra is so named because it is located in the throat area. Its exact location is at the very base of the throat where the collarbone comes to a V shape.

Not surprisingly, the throat chakra governs the throat and thyroid gland. It is also connected with the parathyroid gland, trachea and the cervical vertebrae of the spine.

On an emotional level the fifth chakra is the center of speech and communication.

6. The Third Eye Chakra is the 6th chakra. Eastern philosophies were first to recognize a "third eye". It is located on the forehead, between and slightly above the eyebrows (see the chakra diagram). Another common name is the brow chakra.

On a physical level this sixth chakra governs the brain and pituitary gland, plus the eyes, ears and nose.

Emotions governed include our sense of intuition, insight and imagination. This is also the center or our higher mind and our "sixth sense".

7. The 7th Chakra is called the Crown Chakra because of it's location at the crown of our head. Often called the violet chakra for its association with that color, the exact location is just slightly above the center of the top of the head.

Physically, the crown chakra is associated with the pineal gland, top of the head, the cerebral cortex and the hormone system.

Emotionally this chakra is related to enlightenment, peace and divinity. Our connection to spirituality and understanding of the cosmos emanates from this chakra.

Look here for a large printable chakra chart. The chakra chart above gives you some idea about the various chakras, but for more detailed information look here. 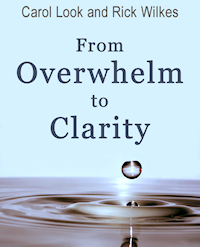