Forgiveness - It's an easy word to say, but sometimes the most difficult thing in the world to do.

I am always amazed at those people who manage to forgive someone who has abused them, or the killer of their child. That has to be one of the most difficult things in the world.

How do they do that?

I think I need to start at the beginning. What is forgiveness anyway?

Oprah Winfrey has said that "Forgiveness is letting go of the hope that the past can be changed."

When you think of it, most of us have a difficult time forgiving because what we really want is for the past never to have happened the way it did. That's not possible of course, so learning to forgive and let go does seem like the only way to move forward.

Catherine Ponder says "When you hold resentment toward another, you are bound to that person or condition by an emotional link that is stronger than steel. Forgiveness is the only way to dissolve that link and get free."

That really makes sense to me. That resentment, anger and hurt we carry with us hurts us more than it ever hurts the other person.

So, difficult as it may be, learning to forgive those who have hurt or harmed us is an important part of our spiritual journey.

Here is a wonderful little article by Steve Goodier about true forgiveness:

How important is it to offer our love, especially to those closest to us, with no strings attached?

Ernest Hemingway wrote a poignant short story called "The Capital of the World." In it he tells about a Spanish father who wants to reconcile with his son who has run away to Madrid. In order to locate the boy he takes out this ad in the El Liberal newspaper: "Paco, meet me at the Hotel Montana at noon on Tuesday. All is forgiven. Love, Papa."

Paco is a common name in Spain, and when the father goes to the square he finds 800 young men named Paco waiting for their fathers.

And that's the hard part - un-attaching the strings. Wiktionary tells us that the origin of the expression "no strings attached" may go back to ancient times when documents were written on parchment that were rolled up and secured with a string. The Babylonian Talmud in Tractate Bava Metzi'a tells of a man who gives his wife a bill of divorce on such a parchment, but holds onto the string so that he can snatch it back, should he choose to do so. The divorce, therefore, is not considered valid since he will not give it freely. Similarly, love, forgiveness or friendship that is given with strings and conditions attached are a sham and not valid, since they can be snatched back at any time.

An unknown author beautifully portrays the possibilities of no-strings-attached love in this heartfelt story titled "The Rock."

"As she grew older her teenage daughter became increasingly rebellious. It culminated late one night when the police arrested her daughter for drunk driving. Mom had to go to the police station to pick her up.

They didn't speak until the next afternoon.

Mom broke the tension by giving her a small gift- wrapped box.

Her daughter nonchalantly opened it and found a little rock inside.

She rolled her eyes and said, 'Cute, Mom, what's this for?'

Her daughter took the card out of the envelope and read it. Tears started to trickle down her cheeks. She got up and lovingly hugged her mom as the card fell to the floor.

This mother is not saying, "I will love you IF." Instead she says that she will love her daughter forever and nothing can change that. No strings attached.

When we learn to love like that, I think we'll understand the words of Emmett Fox, who said, "If you could only love enough, you could be the most powerful person in the world."1

This is just the beginning of our discussion about how to forgive. For now, I will close off with another great quote about forgiveness, this one from Sara Paddison:

"Sincere forgiveness isn't colored with expectations that the other person apologize or change. Don't worry whether or not they finally understand you. Love them and release them. Life feeds back truth to people in its own way and time."

1. The part of this article about forgiveness quoted above called "No Strings" is by Steve Goodier whose website is http://www.LifeSupportSystem.com 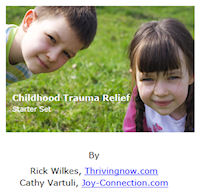