I have recently learned that we can get spiritual direction from many sources, sometimes from the most surprising places and beings.

A while ago I went to see a psychic. So many disjointed things were happening in my life that I thought I could use a bit of clarification from someone who could see more that I could.

Pauline is a wonderful woman who had been very helpful to me in the past and very accurate in her reading for me. We had a long and very productive session and I felt much clearer about the actions I needed to take in several areas of my life.

As we were finishing she began to relate a true story about her own life. I knew that she had lost a daughter two years before and was now raising that daughter's three young children. She expressed how heartbroken she was (and still is) at the loss of her child (adult or not, we are still our mother's children). She had prayed to see some sign that her daughter's spirit was with her.

For many months, she felt nothing that she felt in her heart was a message from her daughter. Then one day Pauline, her husband and the grandchildren were walking along the beach. A beautiful dragonfly landed on her. Apparently that in itself is fairly unusual, but what happened next was more unusual still.

It stayed there! It stayed for over an hour. No matter where she went, into the shade, out in the sun, standing, sitting - the dragonfly stayed with her. People were drawn to the sight and were amazed that his bug wouldn't leave her.

Now as it turns out, Pauline's daughter loved dragonflies and the beautiful emerald green color of the insect's body was her absolute favorite color. She knew it was a message from her beloved daughter that she is fine and happy and with her loved ones in spirit.

At the end of the story I told Pauline of Wayne Dyer's story of a butterfly landing on his finger shortly after a friend died, and staying there for over 3 hours.

Pauline told me that as she began to tell me her story, she had no idea why. She just felt compelled to share it with me for some reason. As she finished she told me that she had received that she was to share it with me because I needed to become much more aware of the divine messages that are brought to us by nature - animals, birds, insects, trees and flowers. I needed to learn about getting spiritual direction or guidance from what is usually called "animal totems".

She told me this as we were saying goodbye. I gave her a big hug of thanks for being so generous with her time and left. I walked down the driveway to my car, my head filled with all the things I had just learned.

As I was getting into my car, I noticed a bug on the leg of my slacks. I gently tried to move my leg

to shake it off. It stayed! I bent down and gently shook my pant leg to get it off my slacks. I was close enough to see that the bug actually dug it's little legs into my pant leg. It had a big head for it's size and seemed to look straight at me.

I began to laugh. I had JUST had that conversation with Pauline and here I am with a bug that won't get off my slacks. I began to speak to the bug - after all I had just been told to be more aware of signs from nature. I said "Thanks you little bug for whatever message you have for me, but I have to go. I can't stay in Pauline's driveway all day." It didn't budge.

I kept speaking to the bug and thanking it and telling it that it had to go now, as I had to leave. I promised I would look up the message in the book Pauline had asked me to buy about the meanings of signs in nature. The bug didn't leave, no matter how much I tried to shake my leg or the slacks. It just looked at me.

I decided I just had to get going. I reached into the car and got the piece of paper I had used to write the directions to Pauline's house. I tried to gently slide the paper under the bug. It actually moved backwards three steps. It didn't want to go on to the paper. I just laughed at the persistence of this little creature.

I finally decided I had to be a bit more rigorous and slid the paper under the bug, then placed the bug on the ground by sliding the paper out from under it. I got in the car and laughed in bewilderment all the way home.

When I got home I looked on the internet for images of the bug. It took me over 40 minutes to find it. It was a damselfly - related to a dragonfly! I was astounded. I had just left Pauline's house after she told me her story of the dragonfly and had a damselfly on my leg outside her door. Too coincidental! Talk about receiving immediate spiritual direction, although I didn't yet know what it meant.

I emailed my friend Tom, a very spiritual person, about Pauline's story and mine. In minutes I got a phone call from Tom, who was holding the exact book Pauline had told me to buy and learn from. The dragonfly and damselfly were part of the same explanation and Tom read the whole thing to me. I was amazed at how much of the explanation was exactly related to events and issues in my life. The damselfly had indeed been there to give me a message and and some spiritual direction. If Pauline hadn't told me her story I probably wouldn't have even noticed.

I got a lot of insight out of that event and the meaning of the damselfly in my own spiritual path. That night I sat and journaled some questions and wrote out a strategy for the next part of my life. I have so much more clarity about those issues and where I am going with them.

Of course the next day I called Pauline to tell her. She laughed and said "See, I told you. The universe has many messages for us in nature and gives us spiritual direction, if we will only stop to notice." I am a believer now and am much more aware of the animals, birds and other natural elements around me thay may provide spiritual direction.

There is just SO much about this universe that we can't see and must just trust and have faith in. The bug was a little step on my spiritual path, but in many ways also a big leap in my spiritual journey.

Start to look around you and notice. Are there any animals, insects, birds trees or other plants that recur in your life? What is giving you spiritual direction? Are you missing it like I have been doing so often?

For more stories about being guided and given spiritual direction, look here. 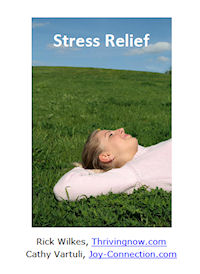 The spiritual journey is individual, highly personal. It can't be organized or regulated. It isn't true that everyone should follow one path. Listen to your own truth.
Ram Dass 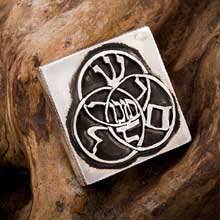